The Next Government Shutdown: A Legal Perspective

We welcome back guest blogger Stuart J. Bassin who writes about a topic recently on everyone’s mind, the government shutdown. Whether you are a government employee who must spend endless hours at the water cooler discussing whether you will come to work or someone impacted by the shutdown or threat of a shutdown because of your work or your vacation or other activity, lots of time gets wasted over something that should never happen in the first place. We have written about different aspects of the government shutdown before, focusing on the Tax Court here and here, and on the special circumstance of the National Taxpayer Advocate here when she sued the government because the Commissioner deemed her non-essential.

While we all enjoy talking about how dysfunctional the federal government is and how appreciative we are that the Newt Gingrich strategy to use what was previously the routine vote to increase the debt ceiling to force votes on other issues, a greater understanding of the process and the consequences can help. Stuart seeks to help us understand the consequences of a shutdown. The consequences can be scary and the next potential shutdown is only weeks away.

The Next Government Shutdown: 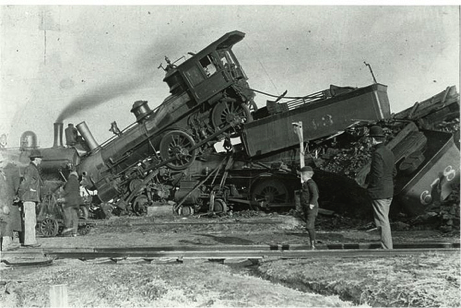 Many years ago, I was working as a Justice Department attorney during one of the longer Government shutdowns. Having been designated “essential” during the shutdown (but only on some days), I was supposed to continue representing the United States in ongoing civil litigation. During those happy days, I started wondering about the actual law underlying my activities and the shutdown.   Here is what I learned and some speculation about what that means for our near future.

The Shutdown is Mandated by the Constitution and Statutory Law. English law has limited the authority of the executive to spend money without the consent of the legislature ever since the Middle Ages. By taking the unregulated “power of the purse” from the monarchy, the English required the executive and legislative branches to come to agreement on taxation and spending, thereby providing the foundation for a parliamentary or representative form of government (as opposed to a monarchy or autocracy).   Absent agreement, the system would grind to a halt.

The English tradition is carried forward by the “separation of powers” principles embodied in the United States Constitution. Spending and taxation authority reside in Congress under Article I, Section 8 of the Constitution; the Executive has no independent taxation or spending power. Separately, Article I Section 9 prevents unauthorized spending, providing that “No Money shall be drawn from the Treasury, but in consequence of appropriations made by law.” When a lapse in appropriations occurs, the government necessarily shuts down. Neither the President nor Congress decides to shut down the Government; it happens automatically under the Constitution.

Setting aside some nuances, four basic prohibitions emerge. Absent an appropriation, Federal employees can go to jail if they:

Even if Congress and the President informally agree that some governmental function is “essential” and should continue absent an appropriation, designation of an employee or their functions as “essential” makes no difference under the statutes; that vague terminology has no basis in the Constitution or the statutory law.

Government operations during the coming shutdown. There are some special situations involving expenditures from government trust funds and multi-year appropriations which allow certain spending when other appropriations have lapsed.   However, setting aside those exceptions, we should consider how the plain statutory language and the Constitution apply in some commonplace situations—

Can the military pay soldiers to man the borders?   National defense surely involves situations which present an imminent threat to human life. But, that is not enough to allow military commanders to pay soldiers’ salaries. The imminent threat to human life exception would not authorize salary payments to anyone; it only applies where the soldiers “volunteer” to work without pay or promises of future pay. We can all hope that they will volunteer.

Can Veterans Affairs employees pay health care benefits to veterans? In general, government employees cannot issue checks when there is no appropriation. Even if money for the payments was available from some trust fund or unexpired appropriation, the Government cannot pay the employees responsible for issuing the checks. Indeed, even if those employees volunteer to work without pay or any expectation of future payment, their supervisors likely could not allow them to volunteer because issuing payments for veterans’ health care benefits is not required to prevent an imminent threat to the safety of human life.

Can IRS employees receive and deposit checks in the Treasury? Probably no. Even if the employees were volunteers, depositing checks is not required to prevent an imminent threat to the safety of human life.

Perhaps some agencies have squirreled away some portion of a prior appropriation to support their activities for a couple days. But, absent an appropriation, these functions of government cannot continue for long absent a new appropriation.

Of course, the scenario described above would quickly degenerate into a national train-wreck. And, no one would argue that it is good policy to leave the borders unmanned, veterans unpaid, government funds undeposited, or the courts largely closed. However, the current jury-rigged system where government operations continue (or not) based upon some vague notion of what is essential (probably protecting those functions which would trigger a public outcry) surely is not what the Constitution and the law mandate.

Perhaps the Constitutional fathers had it right. A lapse in appropriations (and a legal government shutdown) should be extremely painful for all involved. The prospect of a true government shutdown ought to hang like a Sword of Damocles over the heads of our elected officials. Regardless of party or ideology, a national train-wreck would produce enough blame to pass amongst all involved and one would hope that none of those involved would survive politically.   One thing for sure; the threat of such a train-wreck ought to focus everyone’s attention.