Is It Really Time for Another IRS Reorganization? 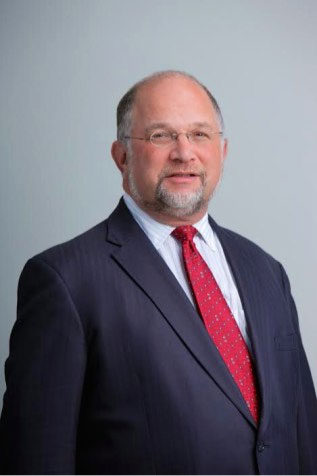 There has been a lot of news out of Washington lately—a new President, new Congressional leadership, the vaccine rollout, and the awful events at the Capitol on January 6. Perhaps feeling that the tax community needed some excitement of its own, the IRS issued Publication 5426, Report to Congress on Taxpayer First Act, a 259-page report announcing plans for wholesale changes in the agency’s organization and operations. True, the report is not quite as exciting as the promise of Opening Day of the baseball season, but it proposes changes to the IRS which will have far-reaching effects on taxpayers and tax practitioners. In all of the recent tumult, the report has received rather little discussion in tax circles. So while I have been on ice and Covidbound, I have reviewed the report and offer a high-level summary of its most important features, along with some perspectives based upon my experiences as a veteran of several decades of IRS reorganizations.

First, some background. The 2019 Taxpayer First Act included several provisions addressing the agency’s operations and organization. Specifically, Sections 1101, 1302, and 2402 of the act required the IRS to report on three topics—(1) a strategy to redesign the agency’s organizational structure, (2) a comprehensive customer service strategy, and (3) a comprehensive training strategy to improve the skill levels of IRS employees. The report addresses all three topics.

The proposed wholesale reorganization of the agency is of greatest significance to taxpayers and practitioners. InThe proposed wholesale reorganization of the agency is of greatest significance to taxpayers and practitioners. In brief, it eliminates the division of the agency’s activities between two principal subordinates reporting to the Commissioner—the Deputy Commissioner for Operations Support and the Deputy Commissioner for Services & Enforcement. In its place, the agency will adopt a structure with five new Assistant Commissioners, all reporting to the Commissioner. Reporting to the Assistant Commissioners will be two dozen subordinate unit ‘‘Chiefs’’ and thousands of their subordinates. The new structure will be organized based upon employee specialization (e.g., Compliance, Exam, and Collection) instead of types of taxpayers (e.g., Large Business & International and Small Business/Self-Employed). The report outlines the duties and responsibilities for only the uppermost tiers of the structure and contemplates that the duties and responsibilities of the lower tiers (i.e., the Chiefs and their subordinates) will be worked out over a period of several years. The interplay of the lower-tier units with each other and new units such as a new ‘‘Chief Taxpayer Experience Officer’’ and the new ‘‘Assistant Commissioner of Enterprise Change and Innovation’’ is clear as mud. How the agency intends to operate during the multi-year transitional period required to implement the new organizational structure is not addressed.

Reading the report got me thinking about three fundamental questions—(1) What are the deficiencies in the current structure and operations which interfere with the agency’s ability to put taxpayers first? (2) How will the new structure improve the agency’s performance in putting taxpayers first? (3) Does the anticipated improvement in agency performance justify the transactional costs of such a massive reorganization?

The report‘s explanation of the reasons for making wholesale changes is problematic. The report posits that the current IRS management structure is outdated but does not explain how the existing structure interferes with putting taxpayers first, only mouthing platitudes about the need to respond to a changing world. To the contrary, my experience is that stakeholders’ principal complaints involve the agency’s interactions with taxpayers. Today, when taxpayers dial the agency’s 800 phone lines, they too frequently encounter busy signals, hour-long waits on hold to speak with a live human being, and responses from IRS employees of inconsistent quality. Taxpayers are also frustrated that most communications they receive from the agency take the form of computer-generated form letters containing language most taxpayers consider impenetrable. Indeed, many of these communications demonstrate that they were generated without the involvement of a live human being.

The challenges facing taxpayers have rather little to do with the agency’s organizational chart. Rather, they are a product of staffing shortages resulting from the reduction in the agency’s workforce by more than 30% over the past decade. Those challenges are exacerbated by the fact that the remaining workforce is hamstrung by the agency’s continuing reliance upon dozens of incompatible computer systems, something that training courses will not solve. The taxpayer experience can only improve if the agency can make it easier for taxpayers to obtain answers to their questions from IRS employees, who have better access to the information required to accurately respond to the taxpayers’ inquiries. The report’s focus upon management titles and new slogans does not put taxpayers first.

Similarly, the reasons for reorganizing the workforce around employee specialization rather than types of taxpayers is not clearly explained. Those of us who have been around long enough will remember when the agency made the opposite change about 25 years ago— abandoning a structure largely organized around employee expertise for a structure organized around types of taxpayers. Having practiced before the IRS under both structures, I have found that both have their plusses and their minuses; the agency has managed to administer the tax system more or less well under both organizational structures. Ultimately, the report does not make a convincing case for believing that this organizational change will improve the taxpayer experience.

These concerns are exacerbated by the transaction costs of implementing the proposed reorganization. The report forthrightly acknowledges that it does not provide guidance regarding the duties of all but the highest-level components and their managers. How the components of the Examination group, for example, will be organized is not explained. Nor is there an explanation, for example, of how components devoted to ‘‘Compliance,’’ ‘‘Examinations,’’ ‘‘Collections,’’ and ‘‘Criminal Investigations’’—all subordinates of the Assistant Commissioner for Compliance will interact when they are dealing with the same taxpayer. Instead, the report sets a multi-year timetable for resolving those issues and ignores the inefficiencies inherent in a lengthy transition period during which thousands of IRS employees will be distracted from administration of the tax system by questions and uncertainty concerning their future role in the reorganized agency. And, if past experience is any guide, many of the leaders of the new components will be chosen from the ranks of current IRS senior executives who have struggled to address the agency’s current problems. They agency needs to prove that the reorganization will have tangible benefits, which outweigh the transition costs. More fundamentally, it must establish that the reorganization isn’t just more reshuffling of the deck chairs.

The report’s description of the customer service strategy is long on consultant-speak, but rather short on specifics. To quote the report, the customer service strategy ‘‘is not a series of discrete approaches, but rather integrated strategies that build on each other to create the best holistic experience for the greatest number of taxpayers.’’ Perhaps that means the agency will eliminate the endless waits on the phone lines or perhaps it means that taxpayers will obtain more complete and accurate responses. But, how the agency will achieve that goal is unclear. For example, the report indicates that implementation of a system which allows callers to the IRS 800 number to schedule a callback from the call center (long a common feature of private sector systems) is three to five years away. The report aspires to provide IRS employees with the skills to enable them to resolve more issues at the first point of contact, but offers few specifics regarding how they will accomplish this laudable goal with the agency’s huge computer technology challenges. Ultimately, the report acknowledges that the strategy will be ‘‘implemented incrementally over time as funding, staff, and technology become available.’’ Anyone familiar with the history of agency funding and the agency’s antique computer systems can only conclude that those increments will be very small indeed.

The report’s description of the agency’s new training strategy is likewise long on dreams, but short on achievable targets. The centerpiece is an ambitious plan to create an ‘‘IRS University’’ with a to-be-designed core curriculum which would ‘‘serve as the umbrella for developing and educating employees to deliver the IRS mission and our strategic plan.’’ The IRS University would provide a broad program of employee training covering every aspect of the employee experience from initial hiring through career development and eventual retirement—laudable and ambitious goals. Development of a curriculum for IRS University is estimated to require three to five years and implementation of that curriculum would take longer. Given the agency’s other needs, and the fact that appropriations have trended downward for decades, it is hard to see how this strategy will advance far beyond the drawing board.

In sum, I recognize that the report is responsive to the Congressional directive and that it shows that the agency has done some thinking on how to put taxpayers first. But, my take is that the report represents an initial collection of ideas, which require substantial further development, refinement, and even radical revision before the proposed reorganization strategy, customer service strategy, and training strategy can be implemented. That the agency has already appointed senior executives who will be implementing these unpolished strategies is a bad sign. The strategies described in the report are not fully-baked. If they are adopted in their current form, I am not optimistic that taxpayers and tax professionals will view the report and its proposed strategies as a positive development. The report may serve as a useful basis for discussion, but it is not ready for prime time.

**This column does not necessarily reflect the opinion of The Bureau of National Affairs, Inc. or its owners. Author Information Stu Bassin has been a leading figure in the federal tax arena for the past two decades. He founded the Bassin Law Firm following a long career as one of the U.S. Department of Justice’s top tax litigators and a stint as the national leader of the civil tax litigation practice of an AmLaw 100 law firm. He is recognized as a thought leader in the profession, frequently speaking at bar association events and publishing in leading professional journals. Bloomberg Tax Insights articles are written by experienced practitioners, academics, and policy experts discussing developments and current issues in taxation. Orginially published in BloomgBerg Tax.