The IRS is After Me. What Now?

You just received mail from the IRS (and it isn’t a refund check).

The good news.  The IRS may not actually be after your money.  Sometimes, it is a simple request for a specific document, like a receipt for a charitable contribution.  Or, the IRS can be correcting a minor math error you made on your return. (I did that myself a few years ago.)  The IRS may be quickly satisfied and leave you alone.

The bad news. Unfortunately, the IRS may actually want your money.  You read the IRS inquiry and find that it is confusing; what does IRS want and why does that matter?  Or, the IRS may have used inaccurate information reported electronically from a financial institution to adjust your tax bill.  You can be the victim of identity theft; someone may have misused your social security number to run up a tax bill.  Or, the IRS may disagree with the manner in which you reported a deduction or credit. 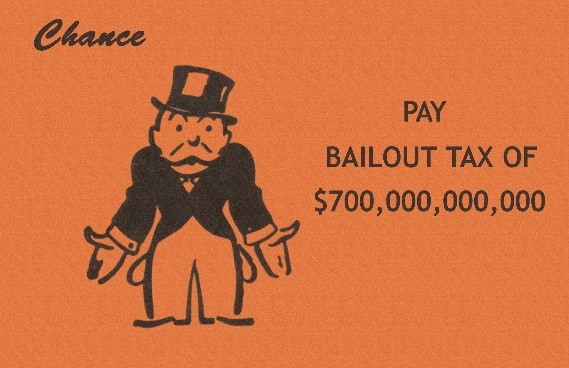 Two examples from my recent experience.

The unhappy couple.   I recently represented a couple who received a very large computer-generated tax bill when they redeemed a Roth IRA to purchase their home.  Under the law, the redemption should have been tax-free.  Unfortunately, the IRS incorrectly believed that their redemption involved a conventional IRA, which is a taxable transaction.  The couple called IRS 800 number and sent copies of the Roth IRA mutual fund statements to the designated IRS address were unavailing.  Nine months later, the couple showed me an IRS notice of deficiency, seeking more than $50,000; the IRS had not corrected the error, no human being had actually looked at the mutual fund statements, and the IRS determination would have been unchallengeable in a matter of days.

The federal retiree.  More recently, I represented a federal retiree who discovered that her pension payments were being garnished by the IRS for unknown reasons.  After several unproductive calls to the IRS 800 number (and the inevitable hour long waits on hold), my client learned that some identified stranger in California had used her social security number to incur an unpaid tax liability. She explained the situation and filed both an identity theft affidavit and collection due process request with the IRS. Nonetheless, the garnishments continued.

Fortunately, I was able to help both taxpayers make full recoveries, the legal fees were rather small, and all of the taxpayers are sleeping better these days.

Lessons I have learned.

The IRS sometimes makes mistakes.  In both cases, the IRS was wrong, and it readily admitted the error after I found the human being with both a willingness to listen and the authority to make things right.  Unfortunately, as budget cuts have led the IRS to increasingly replace face-to-face audits with adjustments made by computer with little (or no) human involvement, mistakes occur more often and correcting them is harder.

Taxpayers find it almost impossible to resolve IRS mistakes over the phone.   Few taxpayers find that their first call to the 800 number solves their problem, even after they wait on hold for 30-60 minute. In most cases, the IRS representative who takes your call is unfamiliar with your specific concern and does not even have access to the relevant documents. Even if the representative understands your concern, that person usually does not have authority to solve your problem.

Even when taxpayers are in the right and submit paperwork to the agency, the IRS is often unresponsive.  Tax law and procedure are incredibly complicated; the Internal Revenue Code itself contains over one million words and there are thousands of tax forms covering differing situations.  Worse, the IRS is an immense bureaucracy which has difficulty communicating with itself.  The unlucky couple actually sent the mutual fund statements which should have resolved the matter to the IRS, but the great computer ignored the submission and continued trying to collect from the unhappy couple.  The federal retiree actually reported the identity theft on the correct form, but the IRS did nothing with the report and continued garnishing her pension.

Taxpayers need an experienced tax professional to deal with the IRS.  For both the unhappy couple and the federal retiree, my experience allowed me to identify the correct IRS form and the correct IRS office to contact.  And, once the matter was in the correct hands, the IRS quickly conceded its error and sent refund checks to the clients. Taxes involve a particularly complex area of law enforced by a huge agency which operates under a byzantine set of policies and procedures. I am not a magician, but rather a knowledgeable professional trained to navigate this legal maze.

Think about how you deal with a persistent back ache or the continual banging sound you hear coming from your car’s brakes. Your home back remedy might work or you might be able to find a solution when you look under the hood. But probably not. Just as a solution to your back ache or banging brakes likely involves consulting with a doctor or an auto mechanic, the solution to your tax problem likely involves consulting with a tax professional.