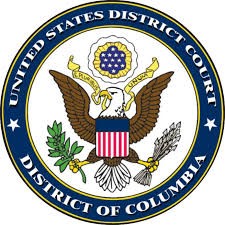 The Bassin Law Firm PLLC, representing two small business plaintiffs, recently challenged the validity of the transition tax regulations (formally published earlier today) in a complaint filed in the United States District Court for the District of Columbia against the Treasury Department and the IRS. The transition tax and the challenged regulations lie at the heart of the changes enacted by the Tax Cuts and Jobs Act of 2017.

The plaintiffs, a United States citizen and a controlled foreign corporation, allege that the Treasury and the IRS violated the Regulatory Flexibility Act, the Paperwork Reduction Act, and the Administrative Procedure Act in issuing the regulations. These statutes mandate that agencies consider the unique impact of the regulations on small business and any alternatives which would reduce the burdens on small businesses Black letter administrative law provides that courts may set aside regulations issued without proper consideration of these requirements.

This lawsuit is the culmination of an entire year of grassroots advocacy by hundreds of small business owners. These taxpayers filed comments asking for accommodations in the regulations to reduce the compliance burdens imposed on small business. The agencies ignored these regulatory comments, instead summarily certifying that the regulations had no impact on any significant number of small businesses. The lawsuit seeks the relief authorized by the statute for the agencies’ omissions.

In recent years, the Treasury and the IRS have rarely complied with these administrative law statutes when they promulgated tax regulations, according to a recent General Accountability Office report. As a result, a ruling in favor of the plaintiffs could have far-reaching implications throughout tax law.